I decided to play with colors again. I had done it as a experiment some time ago but I think the result now is much better! I hope you like them and don’t forget, for more of my work, go to http://www.flickr.com/photos/cadpig1979/.

I am always most happy when taking photos of people. I enjoy it more than taking nature photos and actually take portraits a lot more often than I am macro snapping flower photos.

Since the weather was uninspiring and I haven’t gone anywhere photo-worthy this past week.  I will share some of the portraiture I have done over the past few years this week because of this. 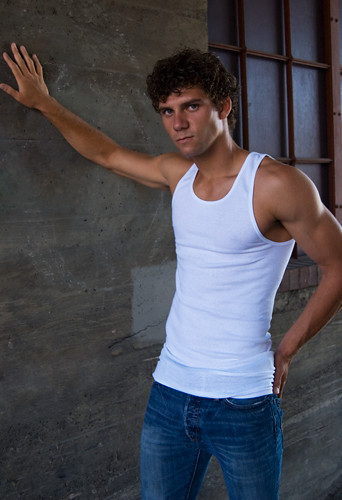 Once described by his grad school professors as “The Bouncer at the Only Bar in Hell,” Steve Howard was born and raised in the rough-and tumble streets of Southeast Washington, DC.  He received a BA in Visual Communications from Virginia State University in 1996, and continued his studies at the Savannah College of Art & Design, where he received his MFA in Sequential Art in 2001.

In the 12 years since, he has worked on character designs, logos, storyboards, book illustrations, and sketch card art for companies such as TOPPs, WilliamWorks Publishing, and FedEx.  When he’s not drawing, he can be found either lurking around the bars of Capitol Hill, or coaching high school wrestling, both of which give him an excuse to throw people around like a demonic bouncer, and thus prove his professors right.

Steve says: “I grew up in Washington, DC, not a place known as a creative mecca. My love of drawing, and comics in general came from the DC, Marvel, and Archie comics my older brother and sister left strewn all over our bedroom floor.

The thing which struck me the most back then, even as a small child was the sense of STORY…how an artist could convey events and ideas through art alone. In all the years since those childhood days, I’ve worked to develop those skills within myself.

There’s nothing I like more than having someone look at a picture of mine, just the picture with no words, and laugh, or say, ‘I get it!’ In some ways, I think it’s the reason we do what we do.”

If you would like to see more of Steve’s work you can check out his portfolio, blog, and deviantart.

If I feel lost in the world, if I feel lost or sad, happy or even bored I find myself at the beach. I live near some of the prettiest beaches in the world and I feel most relaxed when I am near the water. These beaches have always been a favourite thing of mine to photograph as well. I like dark and gloomy days, when the waves are big and loud. Here are a few of the photos I have taken of late at my favourite place on earth.

A dark and glorious day at Newcastle beach, Australia

I love it when the ocean is so rough that the ‘baby pool’ fills up with water and spews out the sides.

A typical scene, no matter the weather in Newcastle, you will almost always find a bunch of surfers waiting for the perfect wave.